The repayment dates from Mt. Gox, which initially were scheduled to be made in late August and involve the payout of over 137,000 Bitcoins (BTC) to customers of the hacked trading platform, appear to have been pushed back yet again.

Indeed, the latest public document published on the platform’s website on August 31 reveals the “Assignment, etc. Restriction Reference Period” has been accepted by the court and starts on September 15 and ends at an undefined period. Notably, this does not imply that payouts shall begin on September 15, 2022 (Japan time). 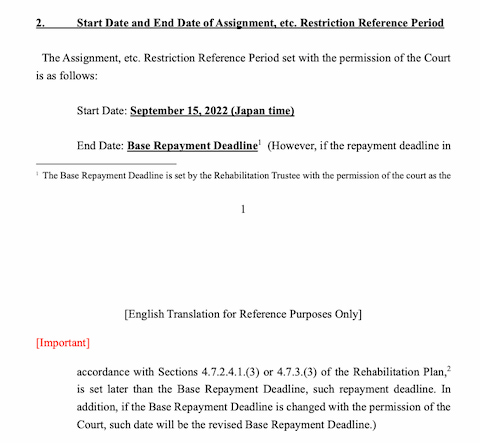 According to Django Bits, an alleged operator of a channel for Mt. Gox creditors, this process of repayment could “drag on for months if not years.”

“As mentioned before, the trustee is not yet ready to pay out. There will be a KYC process, he has to explain how payouts will happen etc, he has to collect bank account data, and so on. This will drag on for months if not years. Nothing the trustee does is quick.”

Investors keep a close on the trustee’s balance

Given the talk regarding the repayment process to Mt. Gox creditors, investors have been following the trustee’s balance which can be tracked with the metric indicating that 137,890 BTC is in Mt. Gox reserve. 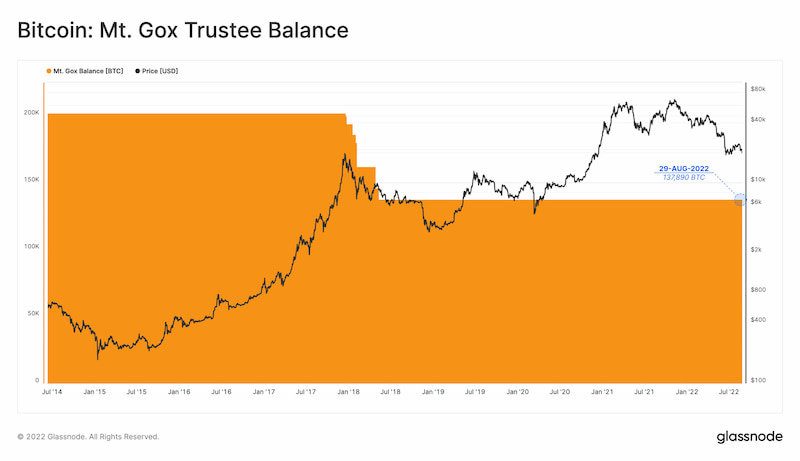 There has been a lot of talk about the impact that the payout would have on the cryptocurrency market recently. Since Bitcoin is now undergoing tumultuous activity, there is a concern that clients of Mt. Gox would sell their recovered BTC, resulting in more market turbulence.

However, this may not be the case since, when they submitted their registration request, creditors were offered the choice of receiving their Bitcoin early in the form of a partial lump sum payment or waiting until the conclusion of the civil rehabilitation process, at which point further money would be available for distribution.

Disclaimer: The content on this site should not be considered investment advice. Investing is speculative. When investing, your capital is at risk.

Ethereum Price Holds Strong at $1,250: A Strengthening Case for Upside

Ethereum Price Holds Strong at $1,250: A Strengthening Case for Upside